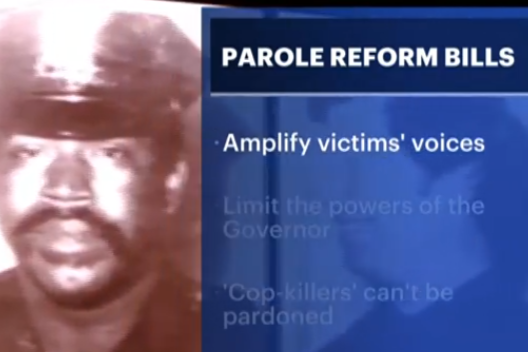 New legislation was introduced today in the wake of the controversial clemency and parole of David Gilbert.  Gilbert was convicted on three counts of murder for his role in the 1981 Brinks robbery and shooting at Nanuet Mall, which left a guard and two Nyack police officers dead.  A new series of bills would make a few major changes in an effort to prevent convicts like Gilbert from being paroled including:

• Requiring the parole board to review victim impact statements and give victims notice about parole interviews.

• The Legislature would also get equal appointments to the parole board instead of just the governor.

• Someone with a life sentence for killing a police officer would be ineligible for a pardon.

"As a society if we cannot stand by and defend those in law enforcement who have sworn to protect our society and communities then we don't have a society," says Assemblyman Mike Lawler (Republican - 97th District).

Gilbert was the getaway driver in the robbery and was sentenced to 75 years to life in prison. He was released earlier this month.